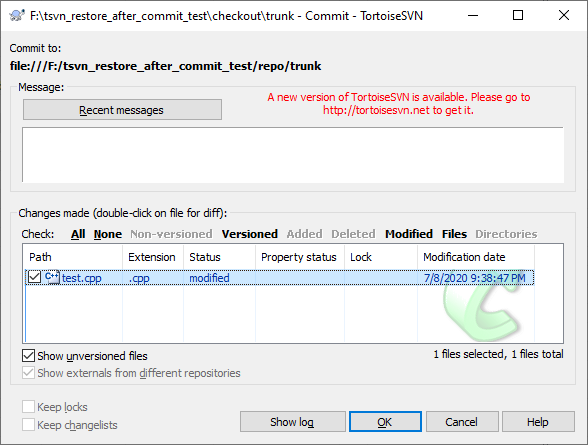 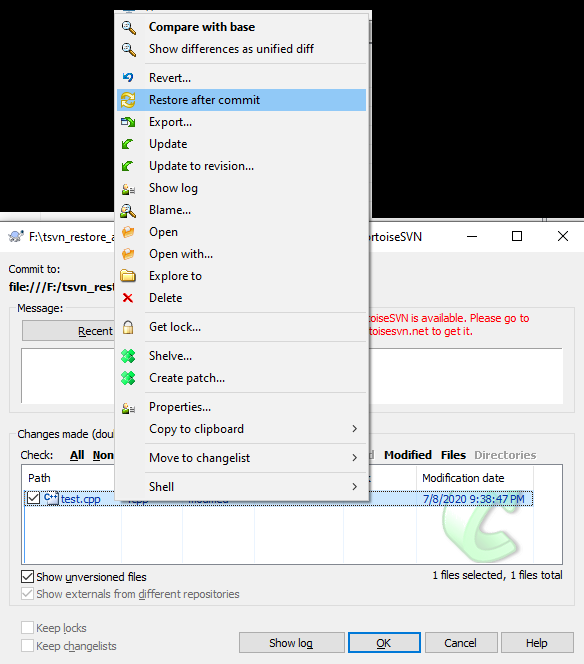 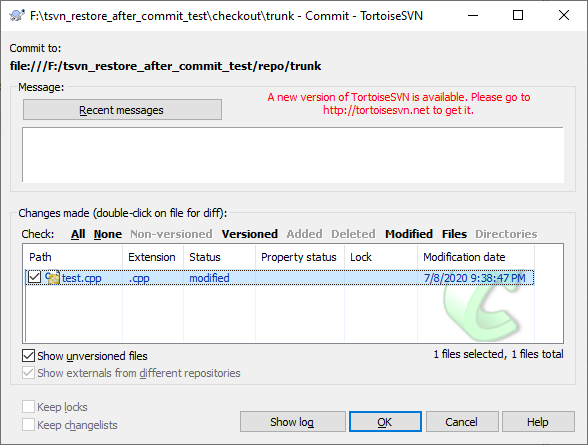 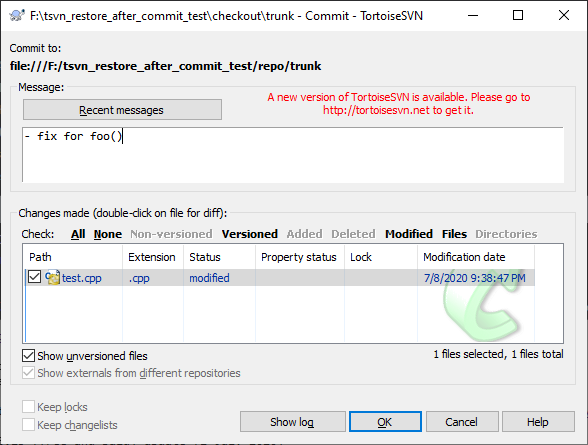 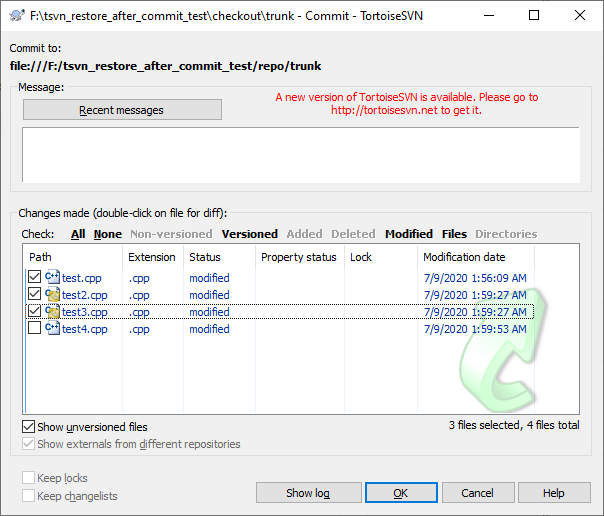 On the TSVN 1.9.x timeline the feature unfortunately suffered a display issue resulting in the missing overlay icon for files to be restored after commit. This made it kind of tedious to work with the functionality, as you didn’t see which files were about to be restored, if you didn’t do the partial commit immediately. This issue was finally fixed in TSVN 1.10.0. [3] Unfortunately the fix wasn’t shipped for the 1.9.x versions, since 1.9.8 (which would have included the fix) was never released.